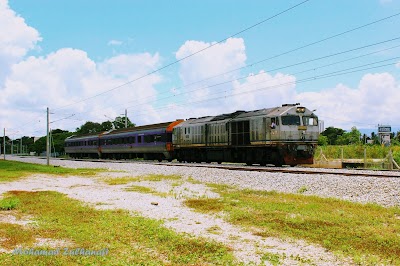 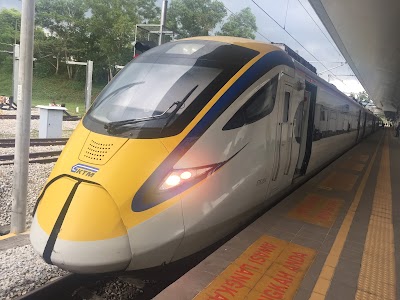 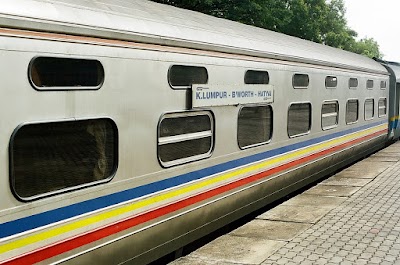 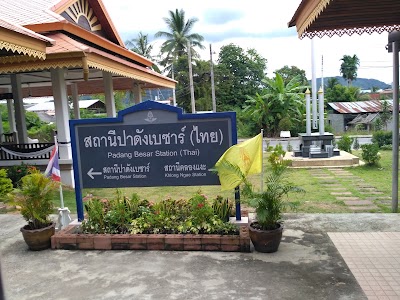 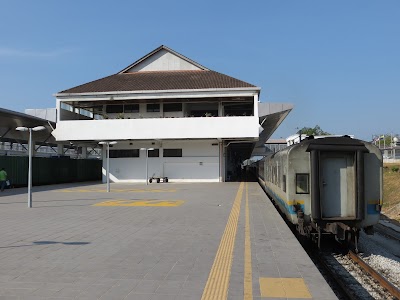 Shane Khan (18/01/2018 03:44)
Connects Thailand with Kuala Lumpur.
Both the country's immigration takes place on the same station (Malaysia). For going to Thailand you can either take a train to Hatyai or Bangkok. From Padang Besar to Hatyai train costs 70 baht or 10 ringgits.

Shenny T. Sheu (13/12/2017 14:42)
Confusing. Here's my experience on a Friday afternoon (BTW, avoid coming on Fridays, too many people). We arrived from Butterworth arriving at 14:16. We were told by a lady who previously underwent the experience to line up at the ticket office to by your ticket first, which seemed strange. But we did. TIP: try to line up as early as possible. When it was our time, we were told standing tickets only for the 55 minute ride. Surprised they actually assigned seats! As from my photo, you can pay in ringgits or bahts. 10 RM or 70 THB. Then another queue for Malaysian immigration. We were told a train would be arriving from Hat Yai and to let the people on the train through immigration first. The announcer wasn't very loud, so people in front of us told us what he said. So we stood in line for a while. Finally we were allowed to go through Malaysian and Thai immigration who were friendly. And then on to the train. Because of the delays at immigration, the train left a lot later than the 2:40pm departure time. Maybe about 45 minutes later. Train ride to Hat Yai went OK. There were fans on the train, and it wasn't too bad standing during the whole ride.

Y3K Publisher (10/10/2017 19:45)
This is an easy way of getting to Hatyai from KL. It took 5 hours plus from KL to Padang Besar by ETS @ RM76 - getting down the train - buy shuttle train ticket within the railway station @ 70 baths - both country’s custom check - getting up to shuttle train and travel to Hatyai- reach Hatyai in one hour time. No long queues compare to Bukit Kayu Hitam.